In Search of Autonomous Buildings and Smarter Cities

In Search of Autonomous Buildings and Smarter Cities 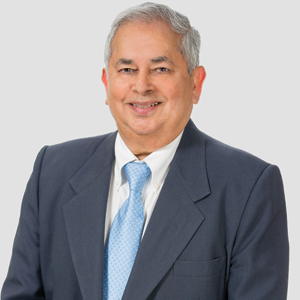 Ask any CIO and they’ll tell you that data and predictive analytics can be a powerful thing. The sheer amount of available data, the “Internet of Things” (IoT), and the supposedly “smart” technologies associated with the IoT are producing enormous data sets. This technology has very real implications for smart cities and sustainability, but a plethora of data does not inherently make an organization or a city “smart.”

One of the first steps toward smarter, more sustainable cities is more efficient, sustainable buildings that support occupant health and well-being. According to the U.S. Environmental Protection Agency, the average American spends most of their lives indoors. But these spaces we call our homes and workplaces are a significant source of emissions. The U.S. Green Building Council reports that buildings account for 40 percent of national CO2 emissions and out-consume both the industrial and transportation sectors.

The upside of our current data overload is that it’s becoming easier and cheaper to monitor systems. This is imperative from a sustainability and operations stand point since you can’t fix what you can’t see. Sensor technology is advancing quickly, now that it’s typically wireless and is becoming more standardized, which means systems can increasingly “talk” to one another. But while there is significantly more communication taking place, we are far from a unified platform. Harnessing all of the available data to make smarter decisions remains an enormous challenge for CIOs and sustainability experts. That is why, in order to substantively improve the sustainability and efficiency of buildings, we must move toward autonomous technology rather than simply “smart.”

New technologies have been introduced to improve efficiencies, and needs and desires are slowly converging, aspiring to an autonomous building concept

For more than 24 years I served as the Environmental and Sustainability Manager at San Francisco International Airport (SFO). I remember all too well, struggling with how to heat and cool the terminal despite our year-round moderate climate. Although we aspired to become a carbon-neutral Net Zero Energy Building, our infrastructure and fragmented systems presented a challenge.

Like many airports in the United States, SFO modernized in phases, evolving over the decades in response to customer demand, passenger traffic, airline restructuring, natural disasters, and external factors such as terrorism. As a result, the buildings comprise both state-of-the-art and decades-old legacy technologies. The challenges this presented, coupled with the need to move to more autonomous buildings, came to a head as a result of the experience during the California electricity crisis of 2000 and 2001, when the state faced an electricity shortage due to market manipulations and capped retail electricity prices.

SFO managed to reduce energy consumption by 10-15 percent by changing operational modes—though we reverted after the crisis was abated. Conservation efforts required extensive manpower and constant attention to operational details. Teams were formed building-by-building to monitor light switches, computer terminals and more. Spaces were evaluated and unused or underutilized areas were isolated. Lighting was reduced wherever possible, and set points for heating and cooling were evaluated and modified. These actions were carried out because of the emergency without spending any resources for the hardware changes.

Since the electricity crisis, new technologies have been introduced to improve efficiencies, and needs and desires are slowly converging, aspiring to an autonomous building concept. We already have technologies and data that inform us about a building’s construction and utilization, as well as its interaction with nature, business and society. But there are distinct solutions for each different need. For instance, we have smart glass that responds to the earth’s rotation and the sun’s corresponding positions, and lighting sensors that respond to occupant utilization. We even have sensors that detect smoke, chemicals, body heat and facial features. However, synthesizing this data and turning it into action is still a somewhat manual process. What SFO did manually during the energy crisis—and what most airports still must do in terms of collecting, understanding and making decisions based on data—could all be done by an autonomous building.

What’s Holding Us Back

For buildings, there is no unifying platform and there is no platform that can take the unified data and then automate all analytics and subsequent actions. It is still necessary for building operators to merge and analyze data sets and then implement changes. There is also no real industry leader or driver. So, it stands to reason that public/private partnerships and government support would help advance this technology tremendously. This has spurred significant advances in other areas of technology, such as NASA’s SpaceX.

At present, even the most advanced buildings require significant customization, which is often cost prohibitive. We must develop technology that can unify systems and data to give us a more holistic and clear picture of operations. An autonomous building would tap into external and internal data sources, including weather forecasts, time-based occupant density and activities, equipment rating and performance, and building materials. With the help of predictive analytics, buildings would respond both locally and globally to the occupants’ needs, and at the same time function more efficiently. Once we operationalize this smart technology, we will see the emergence of truly smart cities, and the greatest advances in sustainability and lowering emissions.