Moving Beyond Divide in America: Insights from well-being metrics, teenagers, and Sister Sledge

Moving Beyond Divide in America: Insights from well-being metrics, teenagers, and Sister Sledge 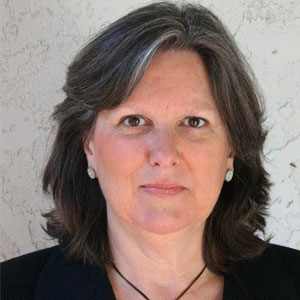 We are in a moment that America seems more divided than ever—in politics, in incomes and opportunities, and in health, happiness, and hope, as highlighted in Happiness For All? Unequal Hopes and Lives in Pursuit of the American Dream. The starkest markers of this divide are the increase in U.S. mortality rates, driven by “deaths of despair”—suicide, opioid and other drug overdoses, and alcohol related diseases—among less than college-educated whites. This tragic phenomenon is described in Anne Case and Angus Deaton’s ‘Mortality and morbidity in the 21st century’ paper published last year. The roots of this divide and despair go well beyond economics. Problems such as the dual decline of stable families and stable jobs and the growing number of prime age males out of the labor force require broader solutions. While there are no magic bullets, part of the solution is restoring community and societal well-being in general. But how?

Innovative solutions are unlikely to come from the national level, given the current political polarization and paralysis. In contrast, there is an amazing amount of energy and activity at the local level, much of it focusing on individual and community level well-being among populations in despair.

While there are many good things about Santa Monica, the city also has challenges: high levels of inequality; wide and deep concerns about finances and opportunity and a lack of broadly shared healthy behaviors

The measurement of well-being has gone from a nascent collaboration between economists and psychologists—which began twenty years ago—to an entire new approach in economics and other social sciences today. Statistics offices and governments around the world—ranging from the UK to Chile and even to nascent efforts in the U.S.—are utilizing the metrics in their data collection and policy analysis. Cities are also examining their residents’ well-being and using the metrics to help shape policies and programs.

The City of Santa Monica, in an effort to deepen understanding and improve quality of life for its 92,000 citizens, won the 2013 Bloomberg Philanthropies Mayors Challenge, a competition that encourages cities to generate innovative, potentially replicable, ideas to solve major challenges and improve the quality of life. Santa Monica developed a multidimensional Well-being Index in partnership with the RAND Corporation and the New Economics Foundation. One of us (Rusk) led this effort, and the other (Graham) advised the project on measurement and design issues. The Index tracks well-being across six dimensions: individual outlook; sense of and engagement in community; health; place and planet, which measures the built and natural environment, economic opportunity; and learning opportunities for all ages.

Data came from a range of sources, including quantifiable data about crime and disease rates, parks, education levels, and use of transit services and libraries. The City also created and fielded an online survey to collect information from residents about personal experiences and thoughts on housing, mobility, and development, among other topics. More than 3,800 residents responded to the survey. Many policy initiatives resulted from the information, including a 2017 Index of the City’s well-being that can be used to compare trends in well-being across individuals, cohorts, and time.

While there are many good things about Santa Monica, the city also has challenges: high levels of inequality; wide and deep concerns about finances and opportunity; a lack of broadly shared healthy behaviors; and a surprising degree of social isolation among many cohorts, Latinos in particular. The Index demonstrates the areas where there is much room for improvement. 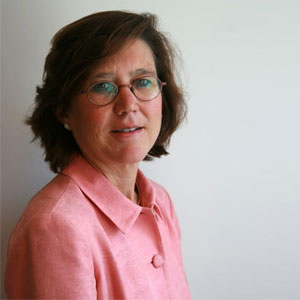 A particularly noteworthy effort resulted from the Index and highlights the potential of well-being metrics, including in incorporating the energy and creativity of youth. It seeks to foment community coherence and social well-being via simple interventions. It stemmed from a design challenge answered by students at Designmatters Art Center focused on Communicating the Well-being of a City with Santa Monica. The challenge to the students was to work with civic leaders and community stakeholders to translate the City’s Well-being Index into transmedia design campaigns. These campaigns aimed to communicate a shared understanding of the community’s strengths and needs, encourage collaboration among city leaders and local organizations, and improve a collective sense of well-being for all city citizens. Employing well-being data results and conducting follow up field research, student teams designed, constructed and tested conceptual campaigns in real-time with real residents.

In one campaign, students visited the local farmers’ market, equipped with cameras and with clipboards that explained their affiliation with the project. They asked random individuals to pose for artificial family portraits with other unknown individuals who were of different ages, races, and income strata. The results were remarkable. Smiles, laughter, and hugs abounded across these previously unacquainted people, and many forged longer-term friendships as a result. The project’s results—disseminated through multimedia channels, includes a Communicating the Well-being of a City with Santa Monica: “We are Family” video featuring the Sister Sledge hit “We Are Family.” The video had even broader spillover effects. The energy and creativity of the students, their ability to bypass racial and other divides, and to embrace the objective of enhancing well-being, were the driving factors that led to the project’s success.

Other places with very different demographic compositions might also benefit from this kind of intervention. While it might not succeed in all cases, this simple and creative exercise demonstrates how unexpectedly easy it can be to bridge divides. It is an example of how well-being focused policies, which aim at reaching the human side of people rather than on providing financial and other material incentives, can open the doors to other kinds of progress.

There are similar efforts to enhance and measure well-being in many cities around the world, including the What Works Well-being Centre in the UK. That effort designs interventions—such as providing access to the arts or novel arrangements for commuting to work—in low-income communities. It then commissions academics to assess the success or failure of the interventions, based on well-being metrics, and then communicates the result to a wider audience.

While not all such efforts succeed, a new body of evidence is emerging of simple, cost-effective interventions that do work to improve individual and community well-being. Success is often partly due to the involvement of the communities themselves, as in Santa Monica. Simply measuring well-being as a baseline, meanwhile, as many countries and cities are doing, is an inexpensive and simple start. Had we been doing so in the past in the U.S., we might well have detected and addressed the crisis of desperation among the white working class before the opioid crisis and rising mortality rates sounded the alarm bells, points explored by myself and Sergio Pinto in a Journal of Popular Economics article, ‘Unequal hopes and lives in the USA: Optimism, race, place, and premature mortality.’

At a time when solutions to deep problems of economic distress, anomie, and lack of hope defy traditional policies and economic solutions, perhaps we can draw from these efforts as a means to restoring hope, purpose, and a shared sense of community to people’s lives.

As in the case of gun violence, meanwhile, the leaders may well be our youth rather than our politicians.