Where the Rubber meets the Road

Where the Rubber meets the Road 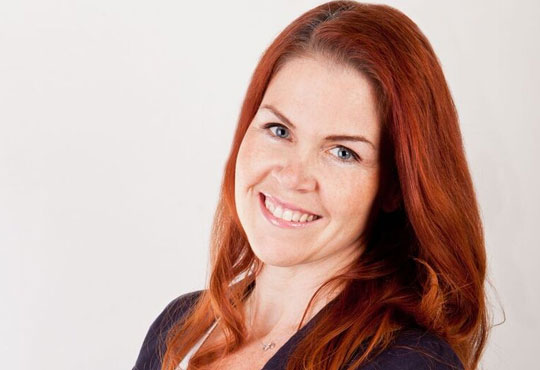 “As we shift focus from driving to more productive tasks, it becomes more palatable to commute farther and meet in person, this in turn encourages higher VMT”

Before pointing to the sharing economy or autonomous vehicles to solve urban congestion, keep in mind that Uber, Lyft and their competitors actually put more cars on the road as drivers no longer go from A to B and park, but go from A to B to C throughL for the next fare. Autonomous vehicles will increase car-to-car coordination and reduce accidents but will also likely reduce the productivity cost & inconvenience of driving everywhere. As we shift focus from driving to more productive tasks, it becomes more palatable to commute farther and meet in person, this in turn encourages higher VMT (vehicle mileage totals). Your car’s infotainment system will become your best friend.

Enter the age of the smart city with pollution sensors to capture the real time health warnings from smog and particulate, with connected traffic and safety flow controls, smart roads monitoring weight, speed and structural integrity, real time tolls to incentivize desired behavior. The IoT data available to be collated, processed and analyzed by a smart city is astounding. One of the greatest challenges is what to do with the insights and how to incentivize efficiency and change in a citizenship not directly under city control.

One of the greatest promises for citizens of smart city deployments is transparency and better city services. In the last three years, we’ve seen an interesting trend of coordinating smart city data, insight and desired behavior to citizens through their vehicles. As cars become connected to the internet in greater numbers and their functions become more highly automated, connected cars are potential points of coordination and information dissemination for city transportation, safety and emergency response systems.

As a simple example, dynamic navigation applications, like Waze, have increased traffic in quiet residential neighborhoods adjacent to major highways. If the highway congestion gets bad enough, drivers are redirected to side streets, disrupting property values and endangering pedestrians. Smart city planners would like to incentivize drivers to adhere to traditional commuter routes. One option is to charge a congestion toll to through-commuters using side streets, while using that money to pay for speed bumps and traffic enforcement in the worst affected neighborhoods to re-establish optimal traffic patterns. For this scheme to work, the congestion toll would need to be able to identify through-commuters. Obviously, a car’s own navigation would be the easiest way to accomplish this and there are programs looking at connecting automated toll payment systems like FasTrack to navigation, but the consumer is clearly dis-incentivized to use such a system if avoidable. Another option would be to have residential toll zones with license plate identifying cameras like the dynamic highway toll lanes we see today, but instrumenting that many neighborhoods would be onerous. Perhaps the most accurate and cost effective option, although not yet ready today, would be to use the messaging between vehicles to identify and capture through-commuter vehicle data.

So how can cars report on other cars? As cars add more and more automated driving features like Tesla’s autopilot or Nissan’s CES announcement of autonomous-feature vehicles by 2020, tomorrow’s vehicles are equipped with a greater number of proximity sensors and cameras for cataloguing and understanding the moving environment of the streets. One of the greatest tools in this toolbox is vehicle-to-vehicle (V2V) communications where a car that identifies a child running toward a street can report that danger to cars not yet within range to sense that child. In short, as cars evolve, they become roving sensor platforms designed to map and observe the city as no fixed camera ever could. This data is immensely valuable to cities with the infrastructure to use and leverage that data. Note that the value of V2V data is in the sharing between the vehicles inherently making the data available through mandates around the communications technology to cities and governments (See Dedicated Short Range Communications, DSRC in US and Continuous Air interface Long and Medium range, CALM in EU).

Perhaps the greatest near term benefit for connected car to smart city coordination is in the areas of public safety. Several years ago, my team and I working with partners IBM, Vodafone M2M and Intel built a secure car infotainment system that could identify moving vehicles along the anticipated route of an ambulance, fire truck or emergency response vehicle, could then re-route car navigation where possible to move vehicles on to side routes and where a vehicle did not re-route, provide advance notice to the car’s driver of the approaching ER vehicle and provide instruction to pull over as required by law.

The purpose of the demonstration system was to explore the use of trust attestation to secure the information shared with the car’s infotainment system and avoid broadcasting potentially sensitive smart city response information to extraneous vehicles or hackers attempting to “listen” on a vehicle channel. This brings up one of the greatest concerns and opportunities for smart city and connected car systems, critical infrastructure and data security. From verifying the authenticity of reported vehicle sensor data to securing the delivery and storage of potential sensitive city service information, data privacy and connected infrastructure security is a complex challenge and worthy of more space than I have here. Attention to these security concerns is picking up, as evidenced by the infotainment provider, Harman’s recent acquisition of the automotive network security company TowerSec.

From parking revenues to economic revitalization of congested city centers to mobility services for seniors and the disabled, there are considerable advantages of connecting next generation vehicle data with smart city infrastructure and services. Over the next couple years, connected and autonomous vehicles will become both a valuable source of real time environment data and a ubiquitous compute platform. Truly smart cities will use the data collected and the point of citizen interaction to improve services and public safety, while enterprises will start to worry about BYOV (Bring Your Own Vehicle) and mobile phone companies will partner with audio companies for the new PC, the Personal connected Car.