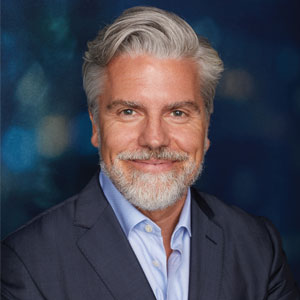 Martin Renkis, Founder & CEO
While devices like smart cameras or video sensors provide greater capabilities beyond mere video transmissions, the key contributing factor to smart cities is their ability to communicate with a central management system over the network; delivering video analytics, triggering alarms using AI, and generating metadata alongside the associated video stream. A smart city with cloud-connected, AI-powered surveillance systems could easily find missing people, notify residents of nearby emergencies, alert police about crimes in progress, or even send out traffic congestion warnings. “There are countless benefits. From our perspective, we look at each and every aspect of a smart city from an IoT video standpoint,” says Martin Renkis, founder and CEO, Smartvue. The company offers integrated IoT video and cloud surveillance solutions at an affordable price point and a proven faster time to market. Said video is then made accessible from any computer, smartphone, or tablet, anywhere in the world.

Smartvue’s cloud-based, end-to-end platform-as-a-service (PaaS) provides secure remote monitoring and storage while supporting wide distribution of content through a simple, elegant interface in a cost-effective manner. Once a video is captured, it can be stored directly in Smartvue’s global surveillance network on the cloud. Thereafter, users can leverage Smartvue’s cloud interface to search, bookmark, and share those videos. But cataloging these videos is only half the benefits that clients experience. One of the benefits of Smartvue lies within its Mapvue® service that is embedded in the platform and helps users map the cameras in a city. It opens a Google Map-type interface and shows the exact location of cameras, status of those cameras, displays live stream feeds, and plays recorded video.

For enterprises, Smartvue’s cloud platform has a unique and industry innovative central management system that updates customers about the status of their connected devices and networks. It facilitates reporting, troubleshooting of any network upheavals, updating of firmware, and the monitoring of network latency through live dashboards.

Smartvue also gives customers restful APIs, SDKs, and libraries that enable them to integrate Smartvue’s platform with their existing software and analytics engines.

Today, Smartvue uploads a staggering 72 million minutes of video footage to the cloud every day and has been instrumental in alleviating several critical issues, making it a sought-after platform in the industry. In one instance, the City of Rome, Georgia, turned to Smartvue’s solutions to enable the city with IoT video devices and implement a centrally managed, scalable, and easy-to-operate platform to survey the city’s facilities and public spaces. Smartvue connected hundreds of IoT cameras through a single video interface, allowing the city’s management to effectively monitor and analyze its activities.

Smartvue has been in the network video surveillance industry for 16 years now and has a portfolio of more than 60 utility patents to its name. As innovation continues to tread new paths, Renkis intends to invest heavily in cloud-based analytics and keep an eye out for disposable cameras—cost-effective battery powered cameras enabled with analytics, machine learning, and AI. He believes these cameras hold the ultimate key to unleashing the real potential of smart cities. “Imagine a future of video intelligence and aggregation made possible through extremely cost-effective video sensors and the impact it would have on cities that embrace it,” envisages Renkis. 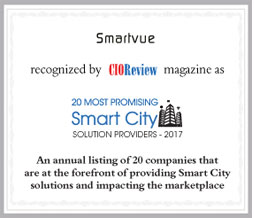 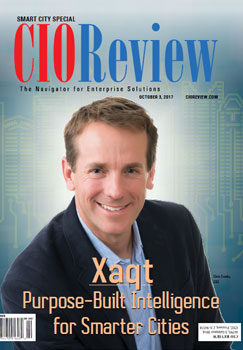