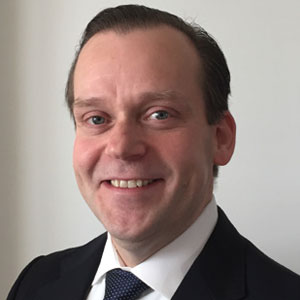 Mika Rasinkangas, President
With over two decades of experience, Mika Rasinkangas, VP and general manager, ChordantTM, strongly believes in taking a holistic view of a smart city’s data flow. A business of global mobile technology R&D company and standards leader InterDigital, ChordantTM has carved a niche for itself through its platform based on a global oneM2MTM standard that can serve a myriad of smart city requirements as opposed to viewing them as siloed use cases. “We provide a smart city platform that unifies individual use case solutions to induce greater vibrancy in smart city deployments like intelligent transportation and smart lighting,” says Rasinkangas.

Modular by architecture, the Chordant smart city platform is “horizontal” in nature, which makes it industry-agnostic and offers the flexibility to incrementally build services and use cases. “The Chordant platform has inbuilt codes for common services, which eliminate the need for users to develop software from scratch,” says Rasinkangas. The Chordant platform integrates data of any format from several types of sources—air quality sensors, traffic sensors, and even full systems— through an intelligent adapter concept, which then delivers data to any service or application. Further, the exponential increase in data necessitates systems to be scalable at multiple levels, which the microservices architecture of the Chordant platform supports on a service-by-service basis. The platform even enables organizations to share and monetize their data through Chordant’s service, the oneTRANSPORTTM data marketplace.

The host of benefits enabled by the Chordant platform has powered several smart city projects. In a medium-sized city in the UK, the presence of a soccer stadium in the city center posed traffic management challenges on Saturday afternoons when matches were held.

The Chordant platform has inbuilt codes for common services, which eliminate the need for users to develop software from scratch

People tried to enter and exit the stadium in large numbers, which not only clogged the stadium’s parking lot but also crippled the city’s traffic management as people were left searching for parking availability. To mitigate the problem, the city council turned to Chordant, which, after taking stock of the situation, utilized the oneTRANSPORT data marketplace to actively collect data pertaining to the traffic flowing into the city center from multiple sources, the number of tickets sold, and so forth. The collected data was used to display real-time notifications on displays across the city regarding the availability of parking slots in the city center. The solution not only improved traffic management near the stadium during matchdays, but also helped people easily find alternative parking spaces within the city without needlessly driving around; a substantial improvement in air quality was also recorded.

Chordant sees tremendous scope for improvement in the transportation area, where a plethora of data silos exist and hinder efficient utilization of available data. Sprucing up services in cities such as ambulances and school buses through strategies like mobility-as-a-service is an area of focus for the company. “Both public and private sector entities that consume data from multiple sources to provide different kinds of services are looking to leverage the oneTRANSPORT data marketplace,” concludes Rasinkangas.

WILMINGTON, DEL: Chordant announced a collaboration with Swisscom Broadcast for the real-time reporting and visualization that municipalities can leverage to better understand, predict and provide early warning for Alpine mass movements, like debris flows. This collaboration involves the use of Chordant's data hub to collect, synthesize and visualize both real-time and historical data from a variety of seismological, meteorological and other environmental sources. This monitoring and alarm system has already been implemented and future applications are now being developed.

One of the most mountainous countries in the world, Switzerland is a natural place for such a system to emerge, because significant university research exists and is constantly being expanded upon throughout the region. " IoT Solutions with dense sensor networks combined with different data sources offer a new way to predict and raise alarms about natural hazards, and, allow the most critical areas with exposed people to be targeted first,” said Olivier Anthamatten, Head of Business Development, Swisscom Broadcast.

"Early warning systems like this are vital for public safety and disaster prevention, not only for the case of debris flows, but also for any natural disaster," said Mika Rasinkangas, president of Chordant.

This system was designed initially to help municipal governments, emergency response units and infrastructure managers make better planning decisions, as well as more rapidly respond to disasters when they occur. Future iterations of this solution can be used to deliver real-time information and status updates to the general public. While this collaboration was designed for slope failure, landslides and the resulting debris flows, similar applications for this technology could be developed for avalanches, river flooding, and other extreme weather conditions where visualization of the interplay between weather information and geographic data is useful.

This collaboration between Chordant and Swisscom Broadcast enables a public-private partnership in Switzerland that integrates data from a number of previously siloed sources. Such integration helps provide tangible and potentially life-saving outcomes for citizens and visitors to Swiss mountainous regions. Data sources in this collaboration include seismological and meteorological station data, seismic origin heatmaps, debris flow detections, mobile data device count information, environmental imaging, and infrasonic analysis. The visualization allows for historical views, as well as real-time models to be run during a disaster response event. Chordant and Swisscom Broadcast are collaborating on this project with key contributions being made by the Laboratory of Hydraulics, Hydrology and Glaciology (VAW) and the Swiss Seismological Service, both part of the Swiss Federal Institute of Technology (ETH Zurich).

Description
Chordant is enthusiastic about technology and a methodology based on standards that promote urban communities that prosper. Chordant-powered technologies address the fundamental issues of implementations in Smart City. The Chordant system gives synergy to various devices, software, and products like a seamless sequence of letters and numbers. Chordant produced one of the most significant initiatives in Smart City, integrating hundreds of transportation data sources into a transportation data market. Established in 2017, Chordant's Smart city alternatives have been identified and recognized by industry experts and leading analyst firms 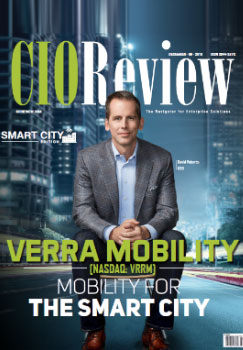