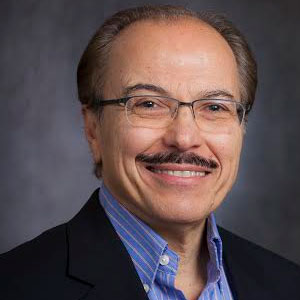 More posts by this contributor:

The most successful companies in recent times have re-invented themselves. Consider Apple, Google, and Amazon, just to name a few of the most famous.

Apple began business selling computers in 1976. More than 30 years later, in 2007, Apple introduced the first iPhone and the world changed.

Google was in business six years before it launched Gmail and has transformed itself into a multi-faceted high tech company with a wide range of businesses, including autonomous cars!

Amazon started in 1994 as a web-based book store. A dozen years later, it introduced Amazon Web Services (AWS) and in short order became one of the world’s leading cloud-based powerhouses.

These companies didn’t just improve existing products. They re-invented themselves to make themselves more successful.

Today, the major cities across our country are faced with many challenges, but also with many opportunities. Especially in recent years, there has been an increasing number of “Smart Cities” initiatives around the world. In fact, Smart City technology is a multi-billion-dollar industry and growing rapidly. We see many examples, with technology and consulting companies having dedicated lines of business focused on this market segment.

Additionally, Smart City conferences have been held around the world and several Smart City competitions have taken place. The U.S. Department of Transportation (DOT) Smart City Challenge, announced in December 2015, was awarded in June of last year. Seventy-eight U.S. cities applied, resulting in seven finalists and Columbus, Ohio ultimately being named the winner. In February of this year, the Smart City Council announced the five cities had won its Smart City competition out of the more than 100 that applied. Austin, Texas was the only city that made the final round of both competitions.

These contests are helping to foster greater collaboration among public and private organizations. A great example is Austin CityUP, which is a non-profit public-private consortium whose purpose is to facilitate smart city initiatives. Although only formally organized about six months ago, it already has an impressive roster of more than 50 member organizations. Those include Accenture, Amazon, AT&T, Cisco, Conduent, Dell, ESRI, HPE, Hitachi, IBM, Intel, Microsoft, the City of Austin, Capital Metro, the University of Texas, and many others.

The Smart City movement is certainly about collaboration and technology as methods to improve the quality of life in the city. The types of technologies involved cover a broad range of innovative solutions, including Internet-of-Things smart infrastructure such as sensors and communication systems, smart kiosks, smart data with analytics and artificial intelligence capabilities, mobile app technology, and autonomous and connected vehicles.

However, it is not just about incremental improvements. The BIG opportunity will come by taking a page out of the private sector playbook and applying it to the public sector. Cities need to reinvent themselves, as the best companies have continuously done. So, in addition to improving existing services, it is about re-imagining the services and products that a city provides and re-inventing related processes, such as procurement, ordinances and public-private relationships. The time is now, existing opportunities are available and new ones are on the horizon. Those cities that have the vision to re-invent themselves will be positioned to become the smartest cities!

Disrupt Your Legacy Application Portfolio to Improve Security And...

Why a Credentialing Strategy Must be Part of Your Digital Strategy

The Convergence of IT with the Internet of Things Innovation

It’s On People: The Undeniable Cultural Impact in a Digital...

A Promising Road Ahead for Insurtech

Bolloré Logistics Australia becomes a global leader in the use of...