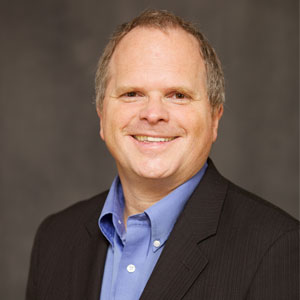 Dave Biggs, Chief Engagement Officer
In 2018, the Los Angeles County Metropolitan Transportation Authority (LA Metro), which serves one of the nation’s largest counties, began the NextGen Bus Study aimed at reimagining the bus network to better serve locals. They wanted to reach as many of the County’s citizens as possible, especially the hard-to-reach and underrepresented communities. But the traditional approach of face-to-face ‘city hall’ meetings typically only covered a narrow demographic—they would end up losing crucial input from youngsters, minorities, and lower income families. LA Metro needed an intuitive solution. Their search led them to MetroQuest, the pioneers of digital public engagement.

Using MetroQuest’s online surveys, the agency garnered outstanding response from the public: over 6,300 participants, generating over 121,000 datapoints that LA Metro could quantify and use in their plans. The insights derived from this data enabled the agency to draft an efficient bus service plan that suited the modern lifestyle of the local populace.

Today, LA Metro is one of many transit agencies, metropolitan planning organizations, regional planning agencies, and state departments of transportation that use MetroQuest surveys to maximize public participation in their planning decisions. “We are dedicated to connecting public agencies with the populace so that tax-paying people are engaged in the decision-making process,” says Dave Biggs, the Chief Engagement Officer at MetroQuest.

According to Biggs, public participation in the decision-making process has been declining over the last decade; face-to-face ‘city hall’ meetings have become things of the past. Today, in order to have meaningful and productive public project planning, it is crucial to have representative insights from the entire community. “We are here to rekindle the fading interest of the people in their city planning processes,” mentions Biggs. He believes that every voice needs to be heard, and that only together it is possible to build better, more sustainable, and inclusive communities.

To make this happen, the MetroQuest team is reviving interest in public participation through delightful online surveys.

MetroQuest, notably, combines education and gamification in the survey software so that people can gain visibility into the public projects in their cities and make informed decisions in a matter of minutes. When surveying about future projects, planners can include powerful visuals and demonstrate potential pros and cons of the specific plans. Informative mini games built into MetroQuest surveys inform users on the impact of their choices and present them with alternatives and tradeoffs. By simplifying complex planning projects for public participation, the company brings planners and citizens onto the same page.

As a company that has rocked the public engagement survey space for over a decade, MetroQuest is continually upgrading its solutions according to insights regarding participant and client preferences. “We have deliberately modelled our surveys based on the likes and dislikes of the people,” says Biggs. For instance, 90 percent of users are likely to skip surveys that require registration credentials. MetroQuest averts this challenge by adopting alternate methods that engage participants right off the bat. The required demographic information is collected at the end when the users are already engaged in the process. Through a combination of such subtle improvements, MetroQuest is changing the perception of online public engagement surveys, augmenting the capabilities of clients’ engagement teams and ensuring public involvement success.

Moving ahead, the company recently launched MetroQuest 2020, the latest version of its online engagement software. The new upgrade is expected to revolutionize public participation during the pandemic and beyond through delightful interactive experiences. “Our main goal is to inspire people to participate in the planning processes of public projects funded by their own tax dollars,” concludes Biggs.

Vancouver, BC - Diversity and equity in public engagement have become more important and yet more challenging in 2020. Follow along on Tuesday, October 27th, as top engagement experts from MetroQuest and Arellano Associates team up to uncover the most effective and proven strategies for reaching traditionally underrepresented communities in support of public plans and projects.

With public meetings off the table due to COVID-19, government agencies and planning firms have transformed their approach to public engagement. In this webinar, our expert speakers dive into the most effective strategies to help organizations safely reach and engage with the most vulnerable and traditionally underrepresented people in our communities. Whether it’s the environmental justice community, a key demographic for a project, or people without access to technology, any difficult-to-reach audience can be engaged with the right tactics and tools.

Host and speaker Dave Biggs, Chief Engagement Officer at MetroQuest, has 20+ years of experience in the public engagement sector, and has spoken on public engagement at conferences including the APA NPC (American Planning Association’s National Planning Conference), AMPO (Association of Metropolitan Planning Organization) Annual Conference, Rail~Volution, AASHTO (American Association of State Highway and Transportation Officials) TransComm Conference, and many others. He is joined by Melissa Holguin, Senior Project Manager at Arellano Associates. She recently broke public outreach records for LA Metro by spearheading an engagement campaign that reached 6,900+ people, using a strategy that perfectly matched participant demographics with the diversity of the Los Angeles region, from age group, to income level, ethnicity, zip code, and more.

With their combined expertise, this webinar highlights case studies, best practices, and tools required to achieve this new paradigm of diverse and inclusive public engagement. Dave Biggs and Melissa Holguin will dive deep into the barriers that lead to low participation and shine a light on proven solutions for engaging even the most difficult to reach audiences to support government agency plans.

MetroQuest once again sets the standard for online public engagement for government agencies and engineering consulting firms, with delightful online surveys that support exceptional community input at all levels of planning, permitting and implementation.

Vancouver, BC – MetroQuest, the leader in online public engagement for urban and transportation planning, recently released the newest version of its award-winning online engagement software! As meaningful engagement grows ever more vital and complicated, the release of ‘MetroQuest 2020’ enables the creation of delightful online surveys that engage 1000s across diverse communities, gathering actionable data that gets plans approved.

“Public engagement for planning has been moving online for years,” said Mike Walsh, President and CEO at MetroQuest, “As the pandemic pushes more rapid adoption of virtual public involvement technology, we’ve seen increased attention from agencies and firms looking to engage their citizens more safely, efficiently and productively. With this latest release, the MetroQuest team is excited to provide an efficient and flexible online survey platform suited for a wide range of planning projects.”

MetroQuest has long innovated the community engagement and input space, pioneering leading practices and establishing a reputation as industry leaders. In this newest release, the company worked alongside long-standing subscribers such as Kimley-Horn, Michael Baker International, and DOTs and agencies across the United States to develop a modern and streamlined update for use across planning, permitting and implementation.

“We look forward to seeing how our subscribers leverage MetroQuest 2020 to create data-driven plans that get approved that much more quickly,” said Peter Millar, Vice President of Product at MetroQuest, “With the new release, enhanced flexibility and control means subscribers can build the exact survey they need for their projects, and get detailed results from the new Data Center for their reports.

MetroQuest supports government agencies and planning firms in engaging 1000s of residents, overcoming traditional barriers to engagement and collecting informed public input. The fluid, visual and educational surveys create a delightful experience that generates actionable results to facilitate urban and transportation plans, enhancing livability for all. To date, MetroQuest is trusted by distinguished firms such as WSP USA, VHB, Kimley-Horn, and Michael Baker International, as well as urban and transportation agencies of all sizes.

“Our longest-standing clients were early adopters of MetroQuest 2020, and have been invaluable in providing feedback that allows us to build exactly what is needed to take public engagement forward,” said Walsh, “Many more firms and agencies are eager to move onto the new platform. On behalf of the entire team, we’re proud of what we’ve accomplished with MetroQuest 2020, and excited to see how our subscribers will use it to deliver exceptional public engagement results.” 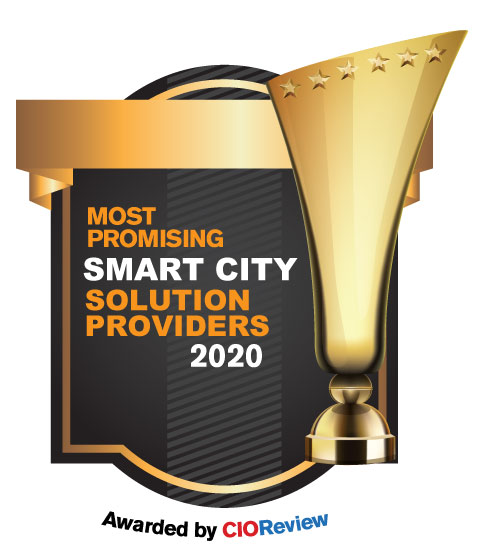 Description
MetroQuest specializes in providing digital public engagement survey solutions for public sector agencies. From early keypads to today’s leading SAAS tool, MetroQuest has remained at the forefront of digital public engagement. The company envisions a world where all people participate in the planning of their cities and have access to better places. MetroQuest, notably, combines educational inputs within its surveys so that the people can understand their choice and make informed decisions in a matter of minutes rather than sitting through hour-long presentations. Thus, by simplifying public participation in the planning of complex projects, the company brings the planners and the citizens on the same page 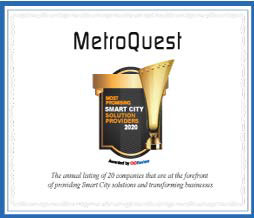 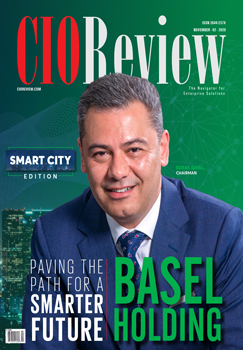